Effects of the microbiome on insect physiology
Commensal bacteria play diverse roles in the physiology of the insect hosts they reside within.  We are currently working to understand how these communities contribute to the life history, physiology and pathogen transmission capacity of the German cockroach. We are also conducting similar work in another other important vector species, the human body louse, with the primary aim of uncovering novel approaches for the control of insects and insect-borne pathogen transmission centered around targeting their commensal microbial communities. 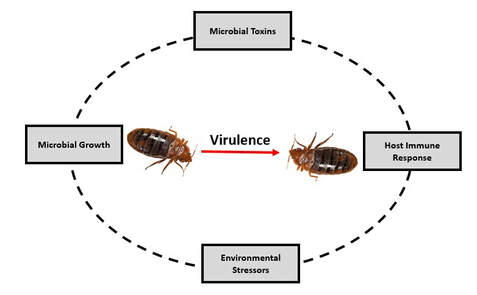 Biological control of insecticide-resistant public health pests
The bed bug is a medically and economically significant pest. Because bed bugs have developed resistance against many commonly used insecticides, there is an urgent need for novel non-chemical methods to control this resilient insect. Biological control methods have not been extensively tested against bed bugs. Currently, we are investigating the susceptibility of the insects to various entomopathogenic bacteria. In particular, we are taking a multidisciplinary approach to understanding the interplay between host immunity, microbial virulence factors, and environmental parameters in regulating the bed bug response to entomopathogens in order to identify potentially effective biological control agents that could be deployed against these and other public health pests. 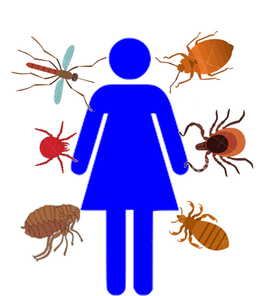 Identification and characterization of novel vector-pathogen associations
The transmission of a human pathogen by an insect vector is a complex process that depends not only on the intrinsic biology of the insect, but also extrinsic factors such as the environment. While a great number of significant vector-pathogen relationships are well-established, many others remain suspected, unconfirmed, or entirely undiscovered. We are exploring novel vector-pathogen associations in fleas, ticks, bed bugs, and mites through laboratory and field studies in order to determine their potential biological and epidemiological relevance. In addition, by examining the biology of such interactions across multiple microbial and arthropod systems, we aim to understand the basic molecular drivers of vector-pathogen compatibility and specificity. 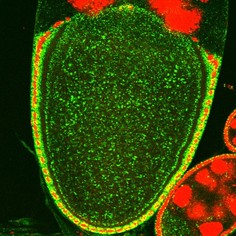 The cell biology of vertically-transmitted insect endosymbionts
The endosymbiont Wolbachia is widely known for its ability to manipulate insect reproduction, a property that makes it a promising tool for the control of vectors such as mosquitoes. Ongoing studies of Wolbachia have elucidated complex cellular mechanisms that allow Wolbachia to manipulate host oogenesis and embryogenesis, and have also revealed that the bacterium affects numerous aspects of somatic biology (e.g. immunity, metabolism, and behavior). While Wolbachia is highly prevalent among insects, there are many important pest and vector species that it does not commonly infect. No less, insects such as cockroaches, lice, and fleas harbor other unique intracellular bacteria. The cell biology of these endosymbionts remains virtually unexplored in comparison to Wolbachia ​but may hold the same potential. We are therefore interested in characterizing the transmission mechanisms, germline effects, and somatic influence of these understudied symbionts at the cellular level.